COVID-19 research: how science separates fact from fiction
17 May 2020 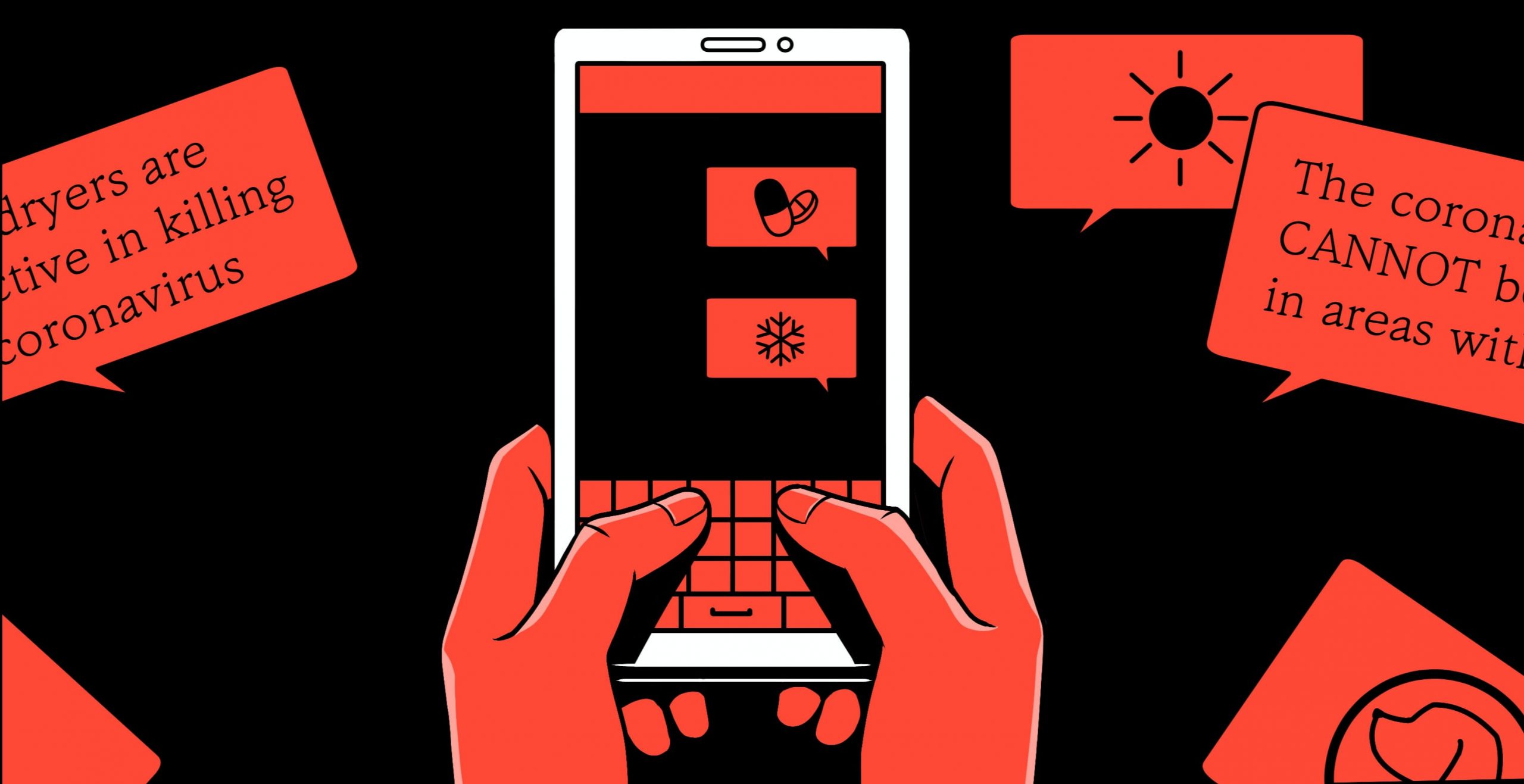 Vaccines, medicines, coronavirus tests – in a world awash with rumour and pseudoscience, we look at how experts figure out what really works in the fight against COVID-19

We are facing two pandemics: a new virus circulating globally, and a worldwide outbreak of pseudoscience and ‘fake news’. Even if you have not yet personally encountered the coronavirus that causes COVID-19, you have probably had close contact with some wild claims about what causes the disease and, even more likely, how to cure it.

The desperate quest for a quick fix that would end the crisis is understandable. None of us has ever faced anything like this. Not only is the pandemic a threat to our health, it is fraught with intolerable uncertainty about what the future holds. That makes promises of new cures appealing, sometimes prompting us to compromise our usual scepticism about things that look ‘too good to be true’.

Some of the ideas are outlandish. Among the more colourful myths are false claims that injecting bleach cures the disease; that industrial-grade alcohol is an effective treatment;  or that there’s a miracle diet that will protect against infection. Some of these are so dangerous that the WHO has created a page dedicated to myth-busting.

At the more sensible end of the spectrum are potential treatments that could plausibly be used against this new virus. While it is too soon to say that hydroxychloroquine or remdesivir is the silver bullet we’ve been waiting for, asking whether existing antiviral drugs might work on this virus is pretty reasonable.

So, how do we know what works?

The good news is that there is a tried-and-trusted way to determine which treatments work and which ones do not. The bad news is that answers do not always come as quickly as we’d like.

Clinical trials have been used for decades to figure out whether medicines and vaccines are safe and effective. The medicines sold in your local pharmacy have been rigorously tested and approved by regulators. Check out this short video on how scientists run the various stages of clinical trials.

If a potential medicine looks promising based on early studies in cells, computer models or animals, they can be tested in phase I trials. These are short studies using a small number of healthy volunteers to check the safety of the drug in humans.

In phase II clinical trials, the would-be therapy is given to a larger number of volunteers to see whether it works and if there are any side effects. It may also be compared to a ‘placebo’ – an inactive substance. For many drugs, this is the end of the line because they don’t show a clear effect, or because the risk of side effects to too high for the benefit it offers.

But, when things go well, the drug moves to phase III trials where a much larger group of patients volunteer to take the drug. Access to trials is often highly attractive to patients as it offers opportunities to benefit from the latest innovative treatments.

In some studies, it is compared to existing treatments to explore whether it is better than the current standard of care. These tests must be approved by research ethics committee to ensure they don’t put participants at undue risk. That’s why you won’t see a trial of injecting bleach – a committee would find it far too risky to even test.

If a drug passes all of these tests, regulators – independent experts that control the licensing of medicines – give it the green light. After that, it is still closely monitored for any rare problems that didn’t show up in the thousands of people who received it during trials.

All of this usually takes years. That’s why existing drugs – which have already been approved for use in other diseases – are so appealing. They can skip the early stages of clinical trials and move straight into phase III where they are tested against coronavirus. Alas, with hydroxychloroquine, for example, the evidence so far suggests the risks outweigh any benefit.

Vaccines are given to healthy people. That’s whey they are subject to even tougher standards than medicines for people who already have, say, cancer or a potentially fatal infection. This means larger numbers of people are included in vaccine trials and the tolerance for side effects is extremely low – apart from a sore arm and a mild fever.

Vaccine development normally takes years – sometimes a decade. But, given the urgency to find a coronavirus vaccine, some experts believe this could be completed in 18 months without compromising on safety or effectiveness. One controversial way to accelerate the process is to use ‘human challenge studies’.

In normal vaccine trials, volunteers are given the vaccine and researchers wait to see if they develop the disease against which the vaccine should protect. This can take a long time, especially if the disease is not circulating widely. In challenge studies, volunteers are deliberately exposed to infection to see what happens. Some people are volunteering to take part in challenge studies, but ethical questions will arise.

If human challenge studies take place, the most optimistic scientists say trials could be completed this year. Others warn that producing and distributing a new vaccine will take considerably longer than that.

Right now, there are more than 120 vaccines at various stages of development. Some are still being tested in animals, but a handful has made it into phase I clinical trials. Most of these will fail but, if we’re lucky, we might see a vaccine in 2021 – first for health workers, then for older people and, eventually, for others who want it.

One thing is for sure, vaccine development is hard to rush – and short-cuts are rarely a good idea in science.

In the meantime, while we wait for a vaccine, the focus is on testing. There are several types of test making the headlines but it’s useful to distinguish between diagnostic tests (which show whether someone currently has the virus) and antibody testing (which can tell whether you have development immunity thanks to vaccination or recovering from infection.

Finding an accurate antibody test would allow governments to loosen restrictions on movement – anyone who was immune would pose no risk to themselves or others. For now, research continues on tests that offer speed and accuracy. In combination with tracing apps which use smartphones to notify people who were in contact with someone diagnosed with COVID-19 so that they can be treated or isolated, some believe antibody testing offers a path out of the current phase of the pandemic.

In the meantime, there are plenty of other questions for scientists to answer. For example, why do more women than men appear to be infected, and why are men more likely to die. What is the role of age, smoking, obesity, diabetes and other underlying conditions in our risk of dying from the disease? How might pregnant women and their babies be affected by the virus? Why have some countries managed the pandemic better than others?

The more information we have, the better able scientists will be to answer them. The trouble with science is the need to prioritise accuracy over speed. The internet rumour mill, on the other hand, has a bad habit of accelerating at times of crisis. Aside from better testing, effective treatments, and vaccines, what we need most right now is time and patience.

Gary Finnegan, Editor at Patient Focused Medicines Development, is an experienced health journalist and author. He has a degree in science (physiology) and an MSc in science communication. Gary has written for the mainstream media as well as specialist publications, and served as Editor of several titles in Dublin in Brussels. He is a three-time national winner of the EU Health Prize for Journalists and twice winner of Irish Medical Media Awards.